Retailers, professionals, musicians and music lovers: all will be coming to Frankfurt in the next few days for this year’s Musikmesse (5 to 8 April 2017) and Prolight + Sound (4 to 7 April 2017). The international trade fairs show product innovations that make the world ring with music – and turn an event into a spectacular happening. In addition to the products of 1,922 exhibitors  from 55 countries, Musikmesse and Prolight + Sound are characterised by an extensive complementary programme of events with concerts, workshops, lectures and autograph sessions aimed at all target groups represented. Moreover, the 2nd Musikmesse Festival with concerts by national and international bands and artists is being held throughout Frankfurt concurrently with the two fairs. 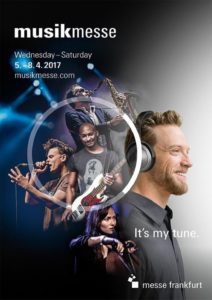 “This year’s Musikmesse and Prolight + Sound are characterised by new formats and themes. In times of digital change and ongoing market consolidation, we are setting new accents regarding content and target groups. Musikmesse will continue to promote active music making. However, it will also integrate subjects such as music teaching and music therapy and thus take another step from a musical-instrument fair to a music fair. At Prolight + Sound, the focus is on the opportunities offered by digital technologies in all product segments”, says Detlef Braun, Member of the Executive Board of Messe Frankfurt.

Upheavals continue in the musical-instrument market

The Germans are in the mood for shopping – and the market for musical instruments is also profiting from their high propensity to spend. Nevertheless, changing circumstances are endangering future growth. For example, the CITES convention, which recently came into force, has far-reaching consequences for the sale of certain types of wood. This, in turn, means manufacturers are facing considerable challenges. Additionally, the internet trade is profiting over-proportionately from the positive economic climate in the sector while the bricks-and-mortar trade is having to fight more and more to retain its market share. Best-price competition is putting pressure on the profit margins of both retailers and manufacturers, and therefore accelerating the process of market consolidation, as reflected by numerous business closures. The key to success for the trade lies in an intelligent combination of the advantages of shop sales with the opportunities opened by digital marketing channels.

This is the direction in which Musikmesse aims to support professionals from the sector. With the Business Academy inspired by SOMM, the fair offers a high-grade programme of lectures spotlighting potential solutions to current challenges and best-practice examples for future-oriented business models. With a progressive Matchmaking Programme that brings together exhibitors and trade visitors in an intelligent way, Musikmesse underscores its commitment for the musical-instrument trade.

Four stages and numerous dedicated areas reflect the variety of music and offer specific events for the different musical communities. The Centre Stage presents artists of various genres while the focus of theAcoustic Stage is on ‘hand-made’ music from the world of jazz, folk and classic. At the newBeck’s Wood & Brass Stage, stars of wind-instrument music are sure to generate a great atmosphere. Rounding off the stages is theYamaha Main Stage where the long-established Japanese company presents its products and artists.

Under the heading ‘Music Education’, Musikmesse brings together educational and socially relevant events. AtDiscover Music,newcomers to music can take their first steps on an instrument – under the supervision of experienced musicians from the Frankfurt Music Academy. Together with numerous partners from education, culture and business, Messe Frankfurt has organised theMusikbiz & Culture Forum with lectures on the relevance of music, career opportunities and creative techniques. TheInstruMental Room offers fascinating insights into the world of music therapy. Another event is the ‘KlassenMusizieren’conference for music in schools, which is aimed primarily at music teachers and students in the field of music teaching. The patron for the Music Education section is Hessian Minister for Science and Art Boris Rhein.

The new attractions at Musikmesse strike a chord in the sector. Accordingly, many companies are taking advantage of the opportunity to make presentations in the immediate vicinity of visitor magnets, such as the Drum Camp and Guitar Camp. Some brands, which were not represented with their own exhibition stand at Musikmesse for many years, are taking part again in 2017. They include Ibanez, Warwick, Sonor, Tama, Meinl Cymbals, Remo, Orange and Beyerdynamik.

As in the past, this year’s Musikmesse is also a showroom for fascinating innovations from the world of music making. For example, visitors will be able to see the world’s first violin made with the aid of 3D printing technology – and the first carbon flugelhorn. Another trend to be seen at Musikmesse 2017 is hybrid instruments that combine the advantages of analogue and digital sound production. Altogether, visitors can see the products of 972 exhibitors at the fair. 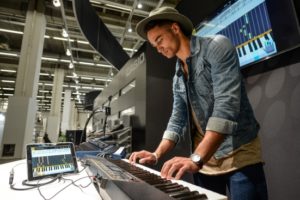 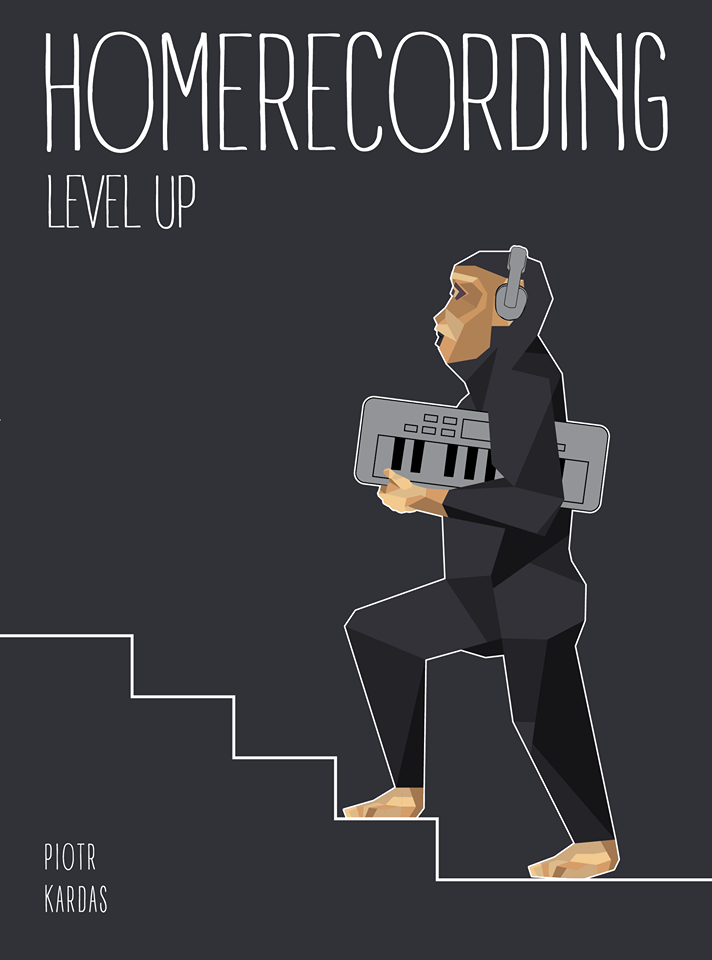 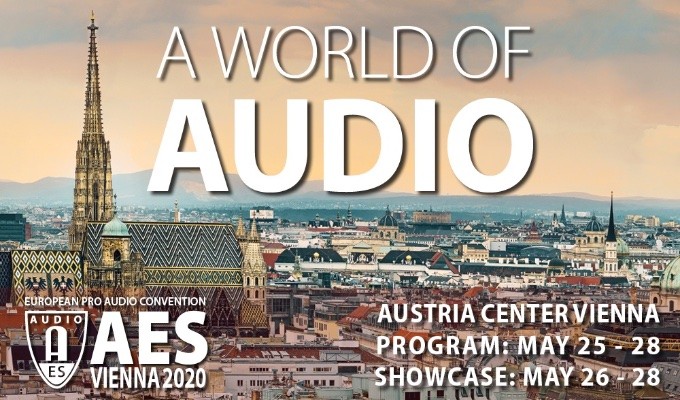